It is a city of clear blue skies. A planned, ordered Indian city with a surprisingly European feel. Having covered cricket for over 10 years… This was my first chance to be in Mohali and explore Chandigarh. The open hand monument that symbolizes peace and cooperation is the city emblem too. In 2016 the Capitol complex housing important govt buildings was declared a world heritage site and I was eager to experience the aura of Corbusier design. I was quite thrilled to see that the metal open hand can rotate 360° with wind!

The Punjab and Haryana high court building has a very interesting facade with a web of geometric pattern. The concrete sun blocker is a recurring feature in these buildings. 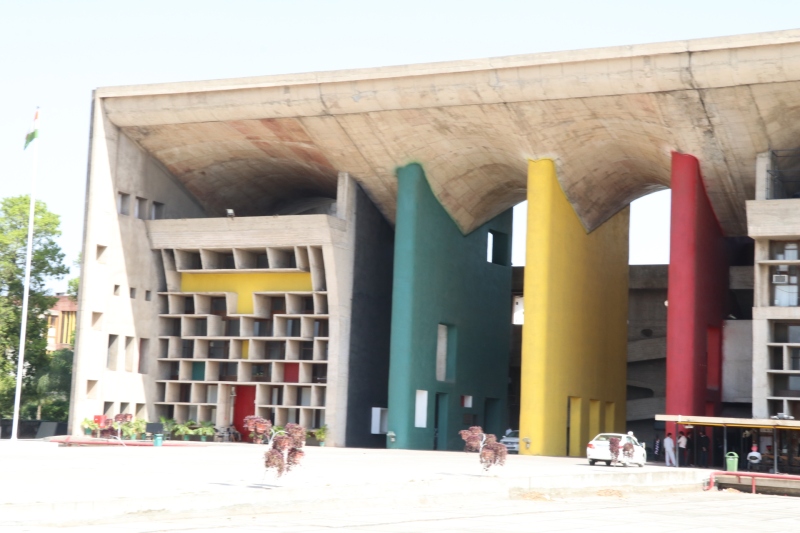 The chief justice’s chamber is separate three floor enclosure and the monotony of concrete colour is broken by dash of primary colours.

The tower of shadow is a clever monument. Sun breakers on three sides except North and the area beneath always remains under shadow. This was perhaps Corbusier’s demonstration of how to control light. When I visited this monument it was about 3pm and temperature was perhaps close to 40 degree but it under the monument it felt calm and sheltered. It was a wonderful feeling to get respite from peak summer … no machine, no electricity, no air-conditioner used. 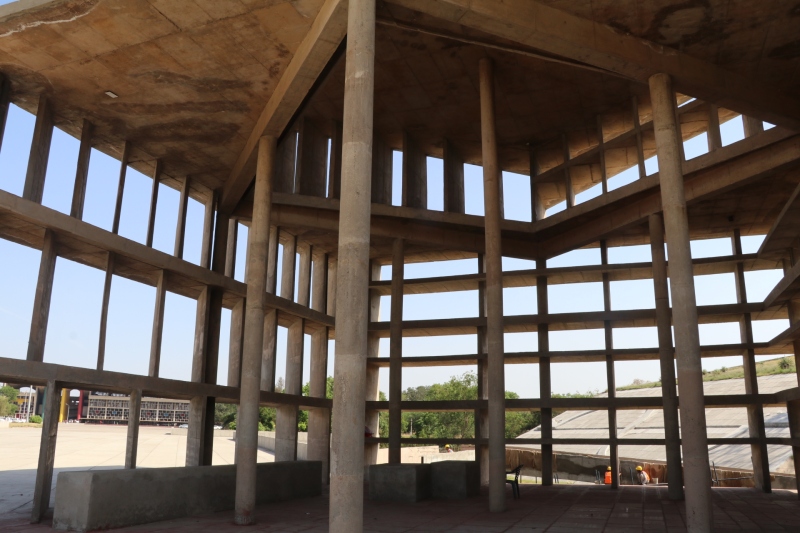 There are two monuments between the high court and assembly building. The geometric hill represents Le Corbusier’s take on the cycle of light and darkness that governs our life. While the slope is made of concrete relief, top is covered with grass. 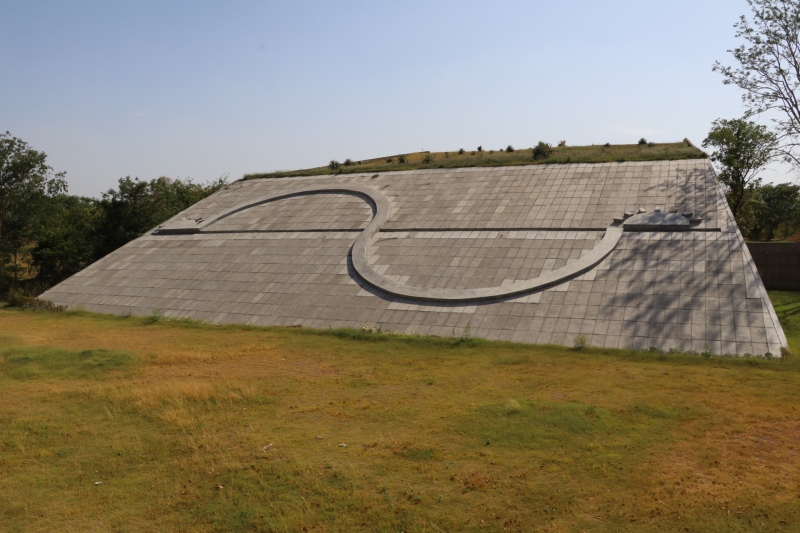 The Martyr’s memorial pays homage to victims of Punjab’s partition. According to the guide, the Swastika signifies prosperity and the Ashoka-Chakra is all about bravery.

The secretariat is perhaps the tallest building in Chandigarh. I was not allowed to go close and get a full shot of the building but it looked like a geometric string of windows and balconies punctuated by vertical patterns that bring in an element of irregularity. 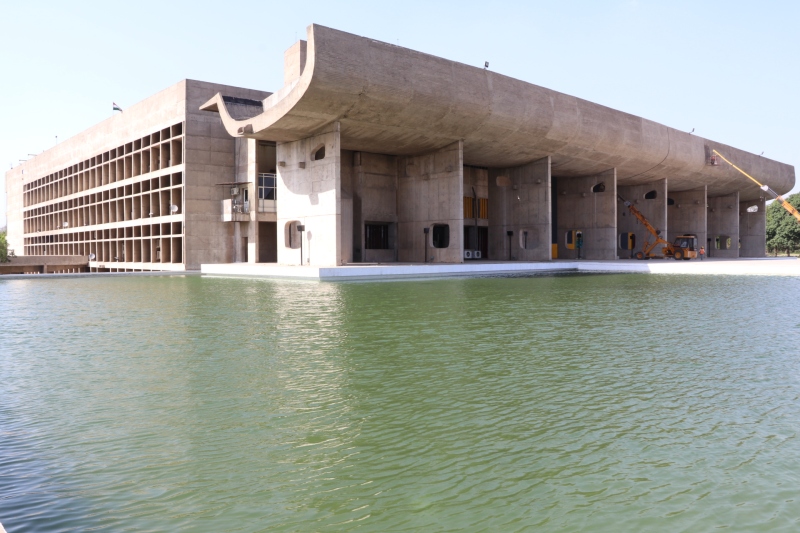 The palace of assembly houses legislatures of Punjab and Haryana. Water body in the foreground creates an interesting interaction with the raw surfaces of brute concrete. The sheer scale of this building is awe inspiring. Since the Punjab assembly was not in session we were taken inside the house. Photography is not allowed inside … It was interesting to see noise absorbing sheets creating interesting patterns on walls and the roof ( I am sure they functionally control the chaotic noise in the legislative house)

I am not a fan of symmetric forms but I love structural patterns. One can keep observing these buildings for a whole day and enjoy how shadows evolve to create new patterns. This was my first close encounter with Brutalist architecture… These buildings have an imposing presence even when they are not large … for some the form may appear cold, uncaring … for me the bare concrete is about honesty … it is about creating an aesthetic experience without packaging the main form inside beautiful skin … There are more Corbusier buildings in Chandigarh … keep checking this space for more!