A traveller is always ready to explore… As the legendary architect Tadao Ando puts it very aptly – Traveling is like going to school. Each journey is a new experience. A very personal and unique experience. Every new trip shows us some new corner of the world and gives us a chance to reflect and see ourselves in a new perspective. I remember a business trip to Aurangabad about a year ago with Vinita Kapur, a senior anthropologist. I have been to Verul (Ellora) caves several times but deep diving into the silence in the chaityagriha was special this time… and then we saw at Khultabad Aurangzeb’s spartan tomb. Vini gifted me Diana Eck’s India – a sacred geography. I remembered Vini’s note on the book..

“The only path to walk in life is the sacred, because it leads back to yourself”

An assignment brought me to Varanasi.. what a way to start a new year. Usually business trips are a jaldi-jaldi affair. Fly down… check in… meet people… get the job done… check out and fly back… I wonder I travel so much but do I get to see anything!! So this time I wanted to see more keenly… after all Benaras is the epicentre of India’s cultural geography.

“The Ganga is the river of India – a single river flowing from the Himalayas, gathering tributaries, and streaming across fertile plains of north India. At the same time Ganga is the source of all sacred waters everywhere in India. A river basin that support about 8% of the world population” (Diana L. Eck)

On one quiet winter morning, I decided to take early morning Darshan of Kashi Vishwanath and headed to Dashashwamedh Ghat to take sunrise boat ride in the river Ganga. Well the story of my darshan is really short… it is a temple protected by police and the para-military forces. As expected the surroundings are commercialized and before I could put my hands together for a short prayer… the priest yelled at me aage badho. But the agnostic me conveyed the prayers of my loved ones to the nandi of kashi vishweshwara.

It was a hazy morning. Clouds took away all the warmth brought by the first rays of dawn. The river was calm. I could just hear the sound of rowing boats and bells ringing in the temples on the ghats. Far away in nothingness- there was a sign on life.

Kisan majhi was talking constantly… It was a monologue he had perfectly mastered by now. He had all the details about the history of every ghat… It was fascinating that almost every region/ culture in India has got its own ghat in Kashi… and each ghat was an ecosystem… The lanes near Andhra-Karnataka ghats are full of Idli-Dosa-Uthappam shops. I was eagerly waiting for the sun to rise and take away this gloomy white gray light on the horizon. Just before landing into Varanasi, I saw a large river on my left and clicked a picture from about 10 thousand feet. There was erosion on one side and deposition on the other. Little bit of a give and take! 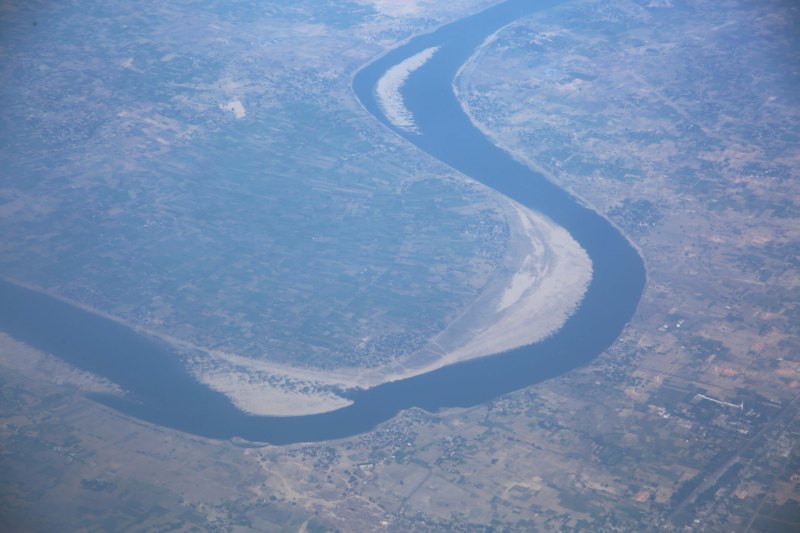 Ganga is a river … Ganga is also a goddess… and a mother! In India we take a lot from mothers compared to what we give back… perhaps that is how it is globally.. Spiritually a long canal that I saw (on the Upper Ganga Canal Network according to Parineeta Dandekar, a river expert) was quite the opposite of free flowing meandering river I saw a few moments earlier. 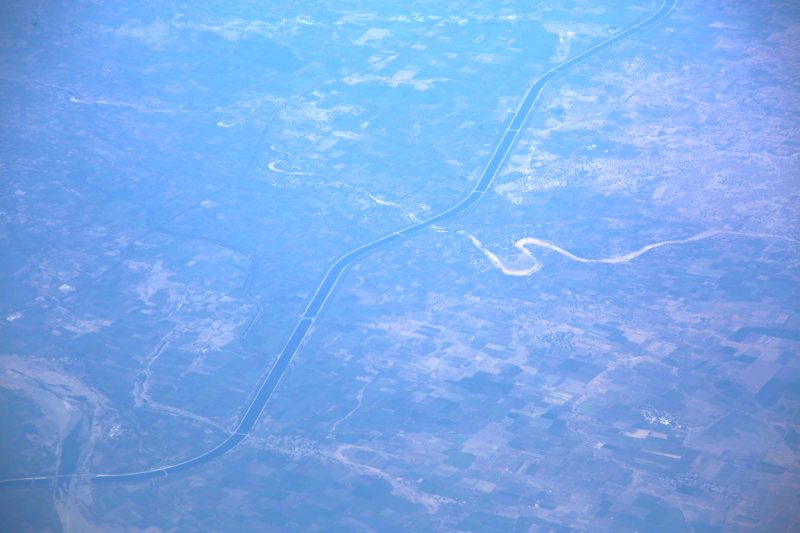 There are 84 ghats in Varanasi. Each has a story to tell. Each has witnessed pilgrims, their stories, shared their memories and interactions. Each ghat was built as some king or queen’s CSR or lets say RSR (royal social responsibility) I was astounded to hear that there was a special ghat for muslims. It is the area around Rana Mahal ghat where Muslims from nearby Madanpura locality come to interact with Gangaji. They keep away from other ghats that have ritualistic significance. The respect and affection for Gangaji is not very different for the local muslims (23.9% of population in Varanasi is Muslim according to wikipedia). I think religion gives too much importance to rituals and concepts like pure-impure. Truth is one and it is told differently by sages! If we accept this… life would be less complicated. With our biases and prejudices we tend to ignore the content and root emotions deep inside our hearts. Ganga has sustained life in this region for many centuries for Hindus and Muslims alike… For both it is Ganga maiyya.

The Raja ghat was built by Peshwas and hosts pilgrims from my state Maharashtra. Each building has its own relationship with devotees and the city as well as the river. Brings different architectural perspectives together at one place. Every ghat has its own USP and target audience. I felt like a global outsider. Raja ghat was my local host just like Hotel Kumkum is the official host for the Japanese tourists flocking to Varanasi. 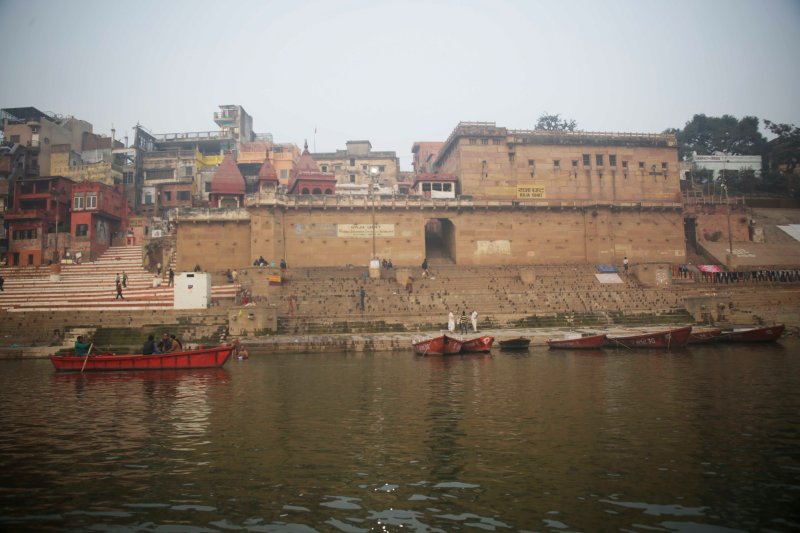 And then came the famous Assi Ghat – which was cleaned thoroughly under the Swachh Bharat mission. The place where the city MP and Indian PM Narendrabhai Modi hosted Shinzo Abe recently!

We were now heading back to Dashashwamedh ghat… Kisan Majhi was eager to get the next round of tourists for a holy ride. I was thrilled to see Munshi Ghat (apparently built by the legendary writer Munshi Premchand)

I also saw a ghat meant for the royal family of Varanasi. Ghat meant for the exclusive use of Kashi Naresh… who resides across the river in Ramnagar fort! Another important place to explore in Varanasi… a riverside gem one must not miss…

Sun was now up …. not in its usual red-orange tone though. Perhaps one of the dullest sun rises I have witnessed in winters. Kisan Majhi thanked me for 50o Rs. opening ride ( he has to share about 50% with the boat owner apparently) and warmly invited me for the Ganga Aarti later in the evening. Which calls for a new journey, new experience and a new blogpost!!!

“O mother ganga … may your water, abundant blessing of the world, treasure of lord Shiva, playful lord of all the world, essence of scriptures and embodied goodness of the gods, may you water, sublime wine of immortality.. Soothe our troubled souls”