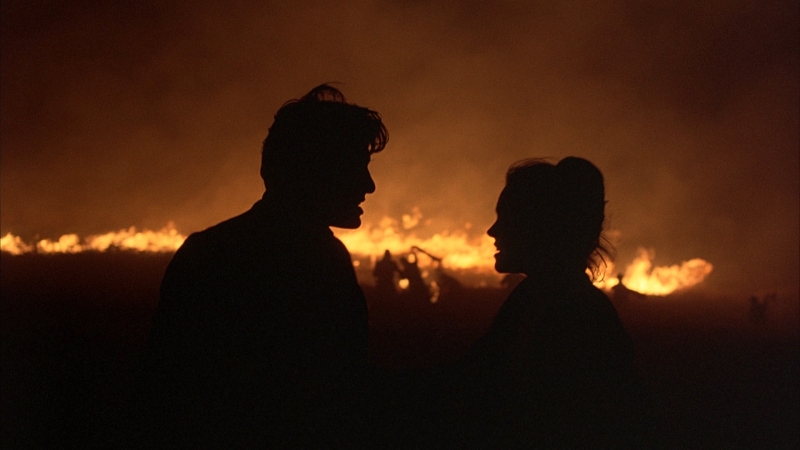 The contemporary film viewer watches films for a larger than life experience. There is need for visual extravaganza, vibrant imagery, special effects. There is growing appetite for films that offer stunning visual experiences and distinct visual style has become a differentiating factor. A film like ‘Life of Pi’ is remembered as much for its stunning imagery as for its fantastic adaptation of a novel into cinematic form. The mainstream cinema of film industries world over is trying to maintain high standards of visual richness and stylistic identity. It would be rarity to find a blockbuster film viewer who is willing to accept a film that is not visually satiating.

Even viewers of parallel cinema and avid film audiences thronging to festivals do not easily embrace a well written film if it is visually weak. However, they may not necessarily expect grandiose imagery; what they look for is storytelling through visual sequences. The audiences of art house cinema want talking images. While they enjoy seeing great performances by actors, interesting dialogues, crisp screenplay; they expect the story to be told through shots with strong visual content. An intelligent filmmaker wants to tell his stories through carefully crafted images designed to deliver a specific meaning.

In my opinion, the analysis of construction of meaning through cinematography is an interesting approach to understand cinema. It would be similar approach to mise-en-scene method of analyzing films but focusing more on the visual language. As a student of visual communication majoring in design I have often wondered how film-making is considered a branch of design today. Just like a typographer constructs letterforms and a graphic designer creates posters and websites; a film-maker carefully constructs a storyline through sequences of images that are constructed purposefully with several visual elements and details. The director designs the message with a distinct visual order. Lighting, camera movements, depth of field, color scheme are various tools used by the director of photography to transform text in the script into a visual message. Thus, cinematography today is in a way a science of communication design.

Just like a designer, a film-maker deals with form, function, content and expression. I would like to analyze cinematography from the point of view of design with these four elements as reference points. Since cinema is a visual art, critics and art historians have extended terms used for paintings to describe aesthetics of cinema as well. Thus we talk about cinematic imagery being realist, pictorial, expressionist, surreal or naturalist. However, the boundaries of these stylistic treatments are blurred when it comes to cinema. It is extremely courageous to call a film completely pictorial or realist or belonging to one single approach. There is fusion of different styles.

Realism has not only affected visual aesthetics of cinema but also impacted the way films are shot and produced. Because while a painter who is a realist needs to draw accurately without artistic conventions; a film director needs to bring cinematic reality as close as possible to our reality. With the evolution of digital camera technology; realism has given us no nonsense approach to film making. It has democratized film making with possibilities of shooting on smaller crews budgets and without depending on large lighting setups that may be intrusive to actor performances too in certain cases. An Indian film like ‘Stanley ka Dibba’ is shot with Canon EOS 7D and with available light in order to facilitate frees flowing acting by school kids. It lets not actors forget the presence of camera very easily and allows them to be spontaneous and therefore real. Realism has also brought people close to cinema. While films with blockbuster aspirations continue to use impressive imagery and magnificence of lighting; realist cinema in different countries has captured peoples’ lives in a more authentic and relatable manner. Thus it goes beyond the visual appeal or the form. It performs the function of telling stories rooted in societies. In terms of expression, we can see peoples’ behavior, their emotional landscape, and their interactions in a very factual and reliable manner. It is interesting that realist cinema may be still dealing with fictional characters and stories but we can see those characters, interactions and settings around us. Realist cinema doesn’t only communicate a storyline it tells us about the social reality of a certain spatial-temporal locale for generations to come; thereby documenting our life.

A film like Barry Levinson’s Avalon treats our visual senses with painterly images. The world of pictorial cinema is a world of fantasy. Photography is writing with light. The film maker is using light as tool to design his communication. Pictorialist lighting not only allows the filmmaker to light his scenes beautifully but also help him achieve intricate expression. It helps him make complex emotions tangible. It is about crafting images deliberately rather than just recording them.

In a film like Avalon we can see the director of photography Allen Daviau using warm tones and vibrance to depict the optimism or hope in the idea of American dream and the warmth in the family relationships it is contrasted with dark images of despair, conflict and violence to remind us how it is not all very romantic. We can see light passing through car window falling on injured characters face with light fading in and out due to rainwater. It is obvious that a streetlight is not strong enough to create that kind of perfect imagery but it adds expression of drama, shock and trance to that shot. The film starts with festive season and bright lights. We can see faces illuminated by fireworks. This is contrasted later in a scene where the protagonist is informed by his son about the fire in their new departmental store when his face full of despair and anguish is illuminated by fireworks in the sky. Thus, a cinematographer designs attention hooks with semantic objectives and they repeat in a pattern as desired by the story of the film.

It is a visual treatment where images are recorded in a way they follow the aesthetics of natural occurrences. We can see an element of naturalist imagery in several Terrence Malick films. In Days of Heaven he creates stunning images of vast farmlands and the surreal interactions between the three main characters are juxtaposed against this setting.

In Malick’s war film ‘The Thin Red Line’ we see the horror of war shot beautifully and authentically by the director of photography John Toll against the backdrop of a quiet, serene pacific island of Guadalcanal area. We can see silhouettes, rays of lights coming through cover of forest, saturated lush green landscapes with bright skies and shining clouds and then there is violence and killing taking place in this peaceful patch of land in the huge Pacific Ocean.

The director is able to create a subconscious script in the film. He is able to go beyond what characters are saying. It is more about what we can see in the frame and how we react to it as viewers. An interesting way to understand the subconscious script of the film is to switch off dialogues and sounds and watch the film frame by frame. Settings, props, performances have a big role in creating the visual story but that is more towards the surface and stated storyline. Director’s like Terrence Malick and Abbas Kiarostami use poetic images where we see visual phrases and patterns and we are provoked to read these visuals and use our imagination, our point of view to react to them. In that sense visuals can be interactive. In this kind of cinema aesthetics and functionality work closely and therefore I argue that it is communication design.

This treatment focuses on emotional state rather than physical reality. Brought into cinema through German films like ‘The Cabinet of Dr. Caligari’ and evolved into a wave. Today many discerning film-makers are using this treatment in their films. It is fused with other treatments to create visual montages that make emotional states tangible. In ‘A Taste of Cherry’ the protagonist, Badii says that it is difficult to feel my pain. But interestingly through the imagery created by Kiarostami we can feel his dilemma to choose between life and death. Expressionism is difficult to keep out of visual storytelling. Even a naturalist or realist or a pictorial film is trying to unfold the emotional state of mind rather than just describing the physical reality. Even documentaries are trying cinematic approach of exploring the sub-conscious script rather than just describing the social processes by recording them. A director who is a great observer of human behavior can effectively portray expression subtly.

Composition of shots and camera viewpoint create visual relationships in the frame. In Fargo we can see the protagonist frustrated by his father in law’s refusal to fund his plan to buy a parking lot when he is seen walking in a snowy parking lot from top angle shot and he is seen like a dot. The next image is his car windshield is covered by snow and he cannot see unless he scrapes the snow away. The semantics of the shots are clear, he is minuscule, dominated by others, not able to find a way out.

Camera movements have obvious and clear function of creating visual style and dynamism. But they are interesting tools to design semantics of a shot. In an Indian blockbuster of 2013 ‘Bhaag Milkha Bhaag’ the protagonist is an athlete running a 400 meter race and in the climax the camera moves on the empty track to show performance visualization and athlete goes through before a big race.

When the camera moves it changes background foreground relationships very rapidly in the shot and creates relational equations. For example in Fargo a tilt down shot from a broken window to a television screen on but without signal tells the viewer about the violent incident that took place a few moments ago. The viewer has seen it differently earlier now he sees it again. While the setting is disturbing to a viewer, the protagonist is not shaken because it was all premeditated. This creates distance and disagreement between the viewer and the protagonist. Now lets compare it with block or fixed shots of Badii’s face in the grave looking at moonlight. They create instant connection with the character by emphasis on what is happening in the frame rather than movement of the camera. In Fargo the investigater Marge is trying to find who is behind the house but we can’t see what she sees, we only see her move through bushes. This increases curiosity, uncertainty. It takes us into the same temporal pace as Marge. Therefore it is a design decision taken to complement the story.

This is the most basic technique to control or design meaning in a shot. Because controlling exposure is exactly writing with light. The entire chiaroscuro lighting concept came by shooting dark, low key visuals. Over a period of time dark became the symbol of grief or crime and bright stood for celebration and vitality. Fargo breaks that trend by shooting the suggestion of violence in bright white snow landscape with the blood red accentuating the shocking nature of violence. In ‘The Thin Red Line’ exposure dramatizes war through vibrant images from nature with very high dynamic range of colors.

While we all appreciate the grandeur of cinematography as it satiates our visual or cinematic hunger. An intelligent cinematographer works like a designer in collaboration with the director. His greatness does not lie in images that make you feel wow I am seeing a great film, it is more about how he marries the cinematic form, the function of storytelling and the richness of expression; without conspicuously showing off his or her prowess with the camera. He is a silent designer whose creativity makes cinema a delightful emotional and sensorial experience.