I was always fascinated by the temple architecture of Bengal and obviously Bishnupur was the main attraction. It is said that King Bir Hambir started building these monuments in the early period of the 17th century. He was a ruthless king who turned into a benevolent worshipper of Lord Vishnu after taking Vaishnava Diksha from Shri Chaitanya. He built the Ras Mancha in 1600 CE and later during the reign of king Raghunatha Bishnupur came of age as the centre of artistic excellence. Bir Singh built a fort to protect this town … Let us explore this area today …

After absorbing a beautiful sunrise over the Dwarakeshwar river we reached Bishnupur, which is around 200km from Kolkata … it was around 9am. Barring the main street, all the other roads are actually lanes so we left the car and decided to walk with our camera kits. There are bandhs or lakes built by the Malla rulers and we encounter a beautiful stone chariot that welcomes us into the town. The chariot is 3 storeyed … the upper two signify the Ekaratna temple style and the lower level resembles the colonnade at Rasmancha. In a way, this 17th century laterite Stone chariot is a conceptual model of the Bishnupur temple architecture. We entered the fort through two laterite gateways … the larger one is a monument in itself. 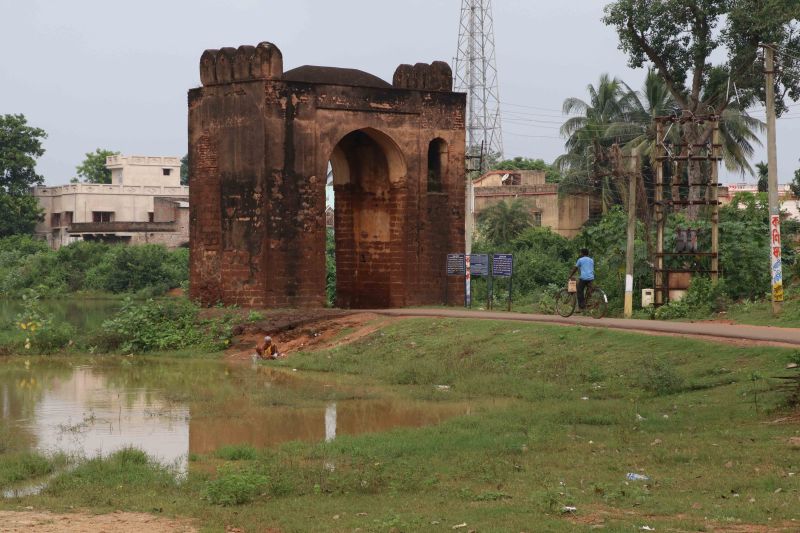 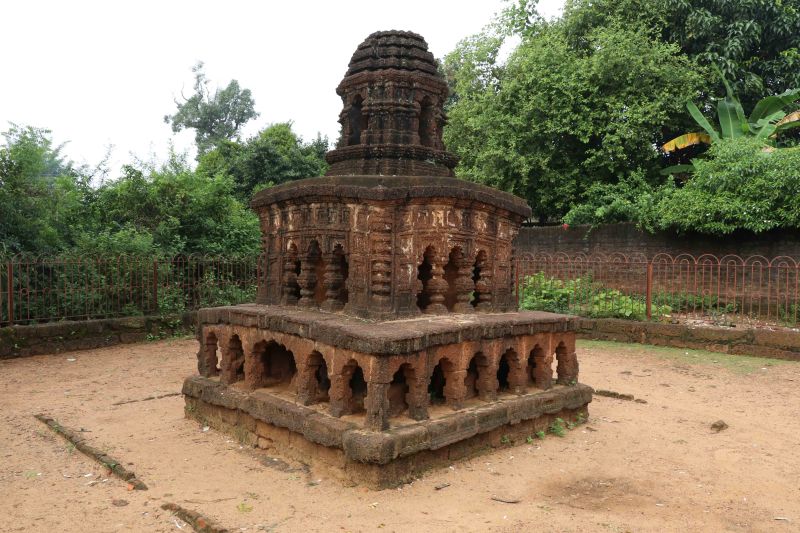 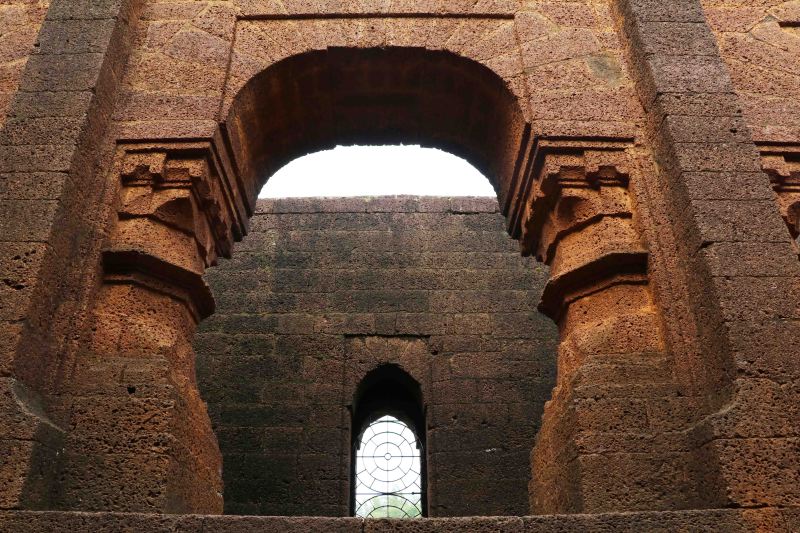 Large gateway from inside

The laterite is neither smooth nor bright like the marble but it has a unique colour and texture. The way Bishnupur architects have visualized different forms in this material is stunning. There are about 30 temples made in different styles here. Rasmancha is unique and cannot be classified into one structural pattern. But before we reach Rasmancha, we will see many ruins and interesting structures within the fort area. 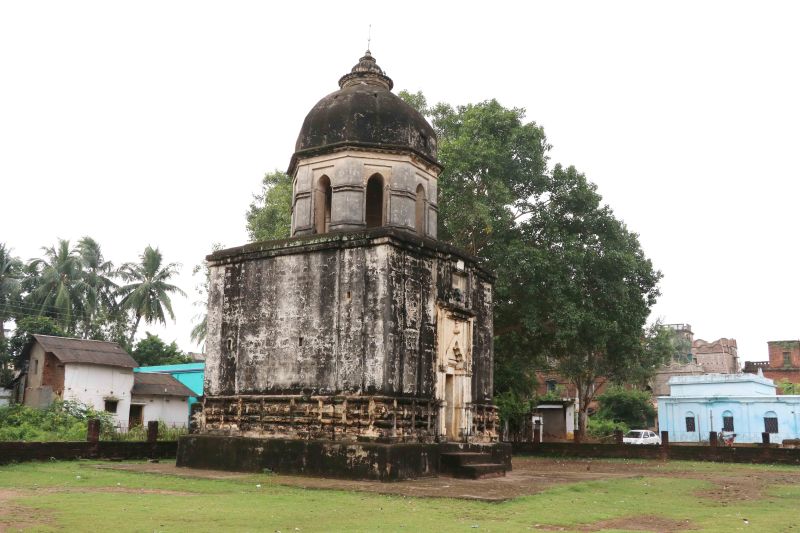 Malleshwar temple was built in 1622 CE by Raghunath Singh and dedicated it to the Lord Shiva. It used to have a Rekha Shikhar but today it has an Octagonal shikhar. Malleshwar temple is square in shape with each side measuring 6.9 meters and the overall height of about 10.7 meters. We also see the ruins of Krishna Balaram temples built in the same Deul style a bit ahead.

We can see the ruins of the Bishnupur fort behind the Krishna-Balaram temple. Well, humans have abandoned these structures but nature is thriving and giving life. 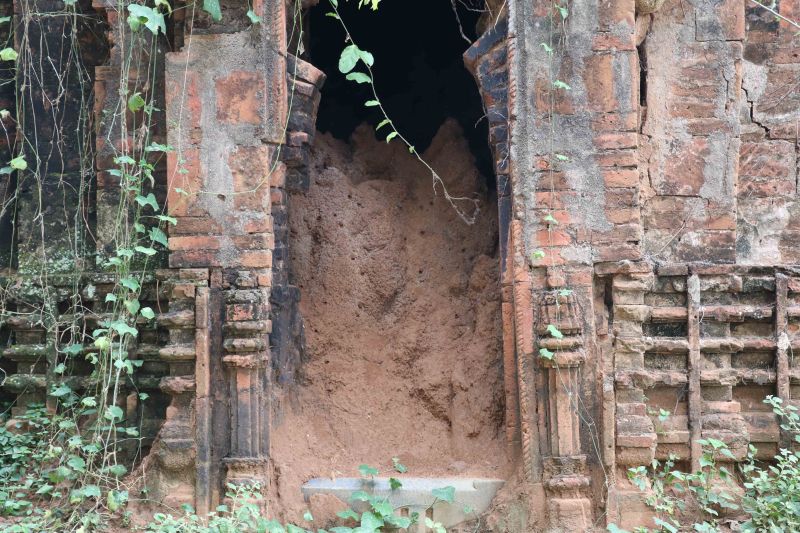 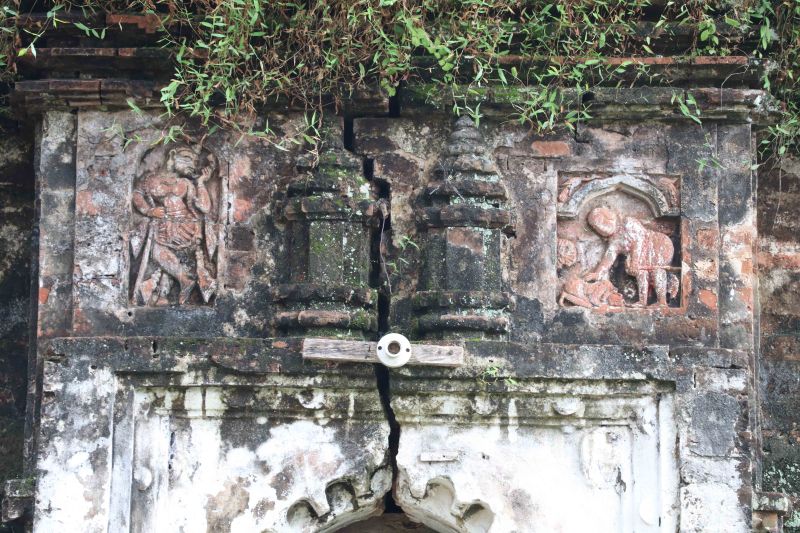 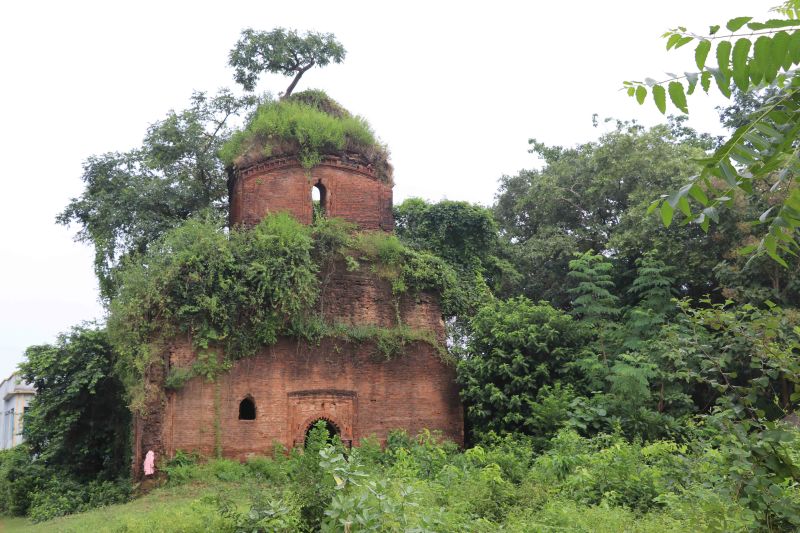 We can see the ruins of the Mahaprabhu temple near the main road, in terms of style it is similar to Keshtorai temple but largely in a dilapidated state. A few hundred meters ahead we see a mysterious square terracotta structure. It is known as Gumghar … perhaps the torture chamber for the criminals built during the Malla era. 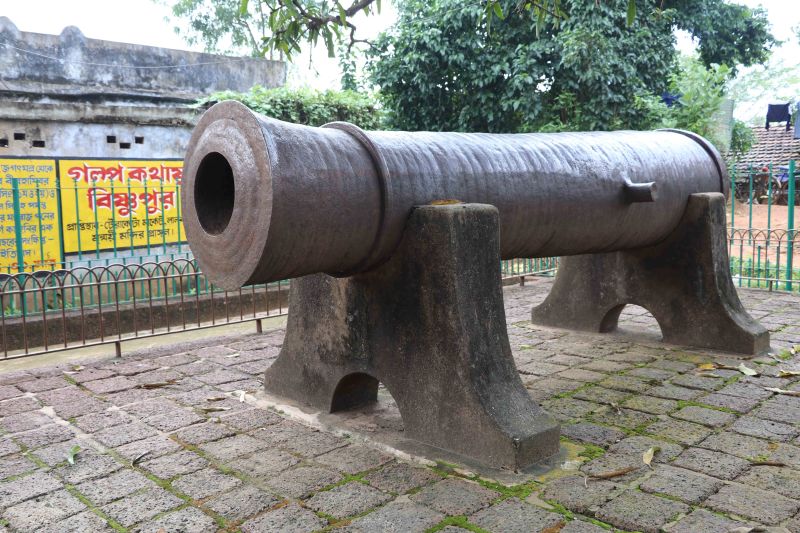 Bishnupur was attacked by the Raghuji Bhonsale faction of Marathas under Commander Bhaskar Ram .. Malla King Gopal Singh took refuge under the fort and prayed … The legend of Dalmadal cannon is – Lord Madan Mohan himself fired this 3.8 meter long weapon on attacking Maratha forces… the muzzle of the gun is about 30cm in diameter. Now we were eager to see the confluence of terracotta and laterite at Rasmancha. Perhaps the oldest but the grandest structure at Bishnupur.

Rasmancha is an important monument in the Vaishnavite tradition. Idols from various nearby temples were brought here and Ras carnival was celebrated. The square platform is about 24.5 Meters in length and the temple is about 10.7 meters in height. Beautiful arches and columns in terracotta create 3 ambulatory paths around the sanctum sanctorum. 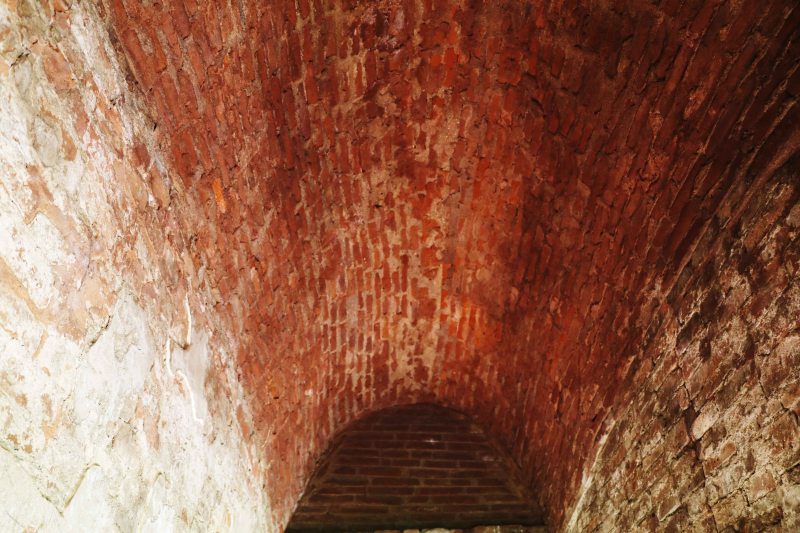 Here we can see laterite as well as terracotta being used in unison. Lotus motifs on arches and hut shaped turrets were my favourites. Well there is a lot to explore here … temples like Keshtorai and Pancharatna witn ornate carvings … but that is for next time.