One global city I always wanted to visit was Berlin … the city of freedom … the city of many cultures and now the capital of re-united Germany. I did not have enough time to explore the whole city as I was busy shooting for my film Stick to Dreams … but had a short 4 hour walk in the city around some of its important landmarks … I managed to see a glimpse of two heritage sites here. The Museum island and the modernist housing locality in Schillerspark Siedlung … let us have a look… 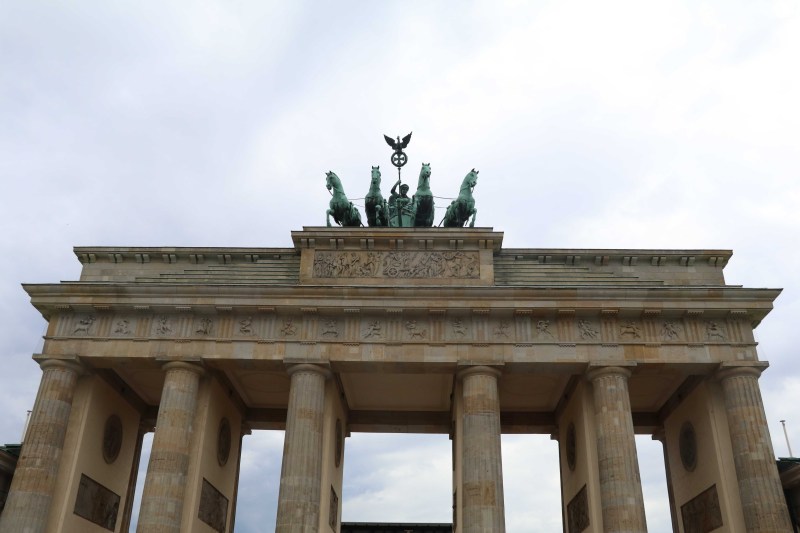 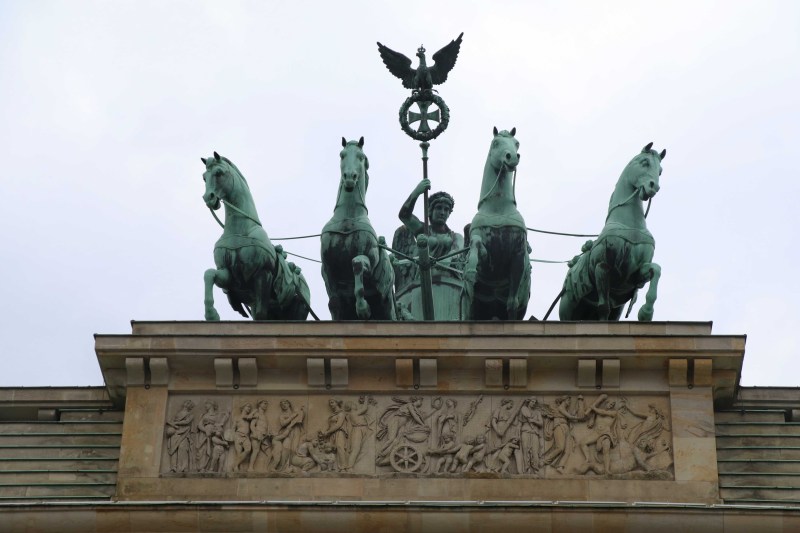 the Brandenburer Tor or the Brandenburg gate was the first monument I saw here … the walk began with Andrea and her team …. the grand 18th century gate was an imposing structure … designed by Carl Gotthard Langhans … with the Quadriga perched on the top. 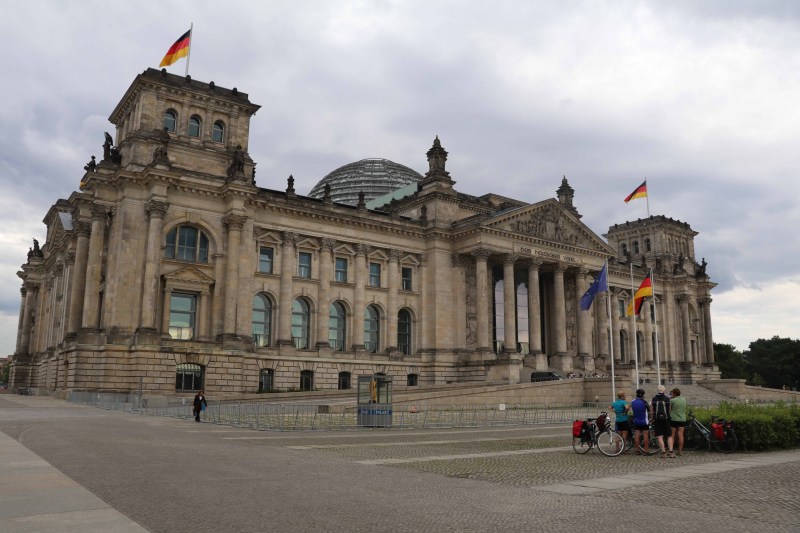 The next monument I saw was the Reichstag or the German parliament … built about 100 years after the Brandenburg gate and restored towards the end of the 20th century. The original building was designed by Paul Wallot and restoration team was led by Norman Foster. Today the building stands as the symbol of German democracy and the spirit of European cooperation (for me) With dedication lines that read Dem Deutschen Volke – or to the German people. 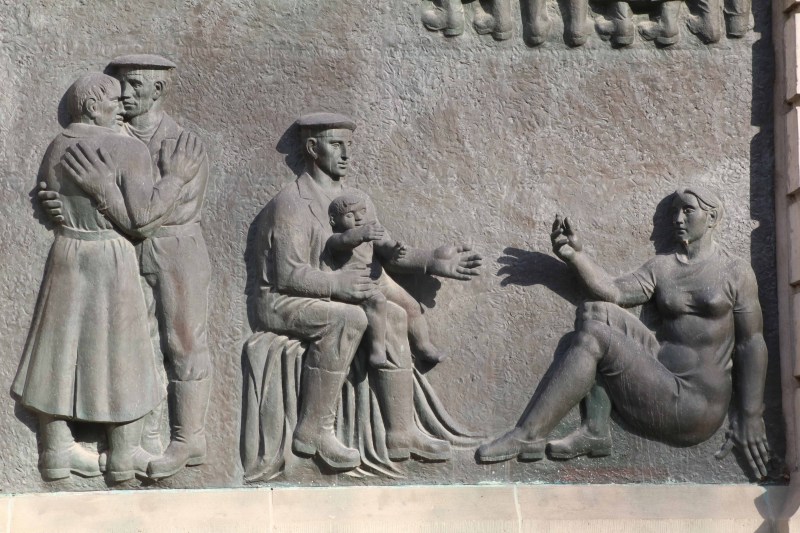 As I walked towards the museum island, I saw at various places the remnants of the East Germany era … and I kept walking briskly to inhale as much as Berlin as possible …

Some beautiful gothic monuments … the red town hall and the St Mary’s church… which moved from Roman Catholic fold to the Lutheran protestant path … So many grand monuments that perhaps survived or got rebuilt post the second world war. 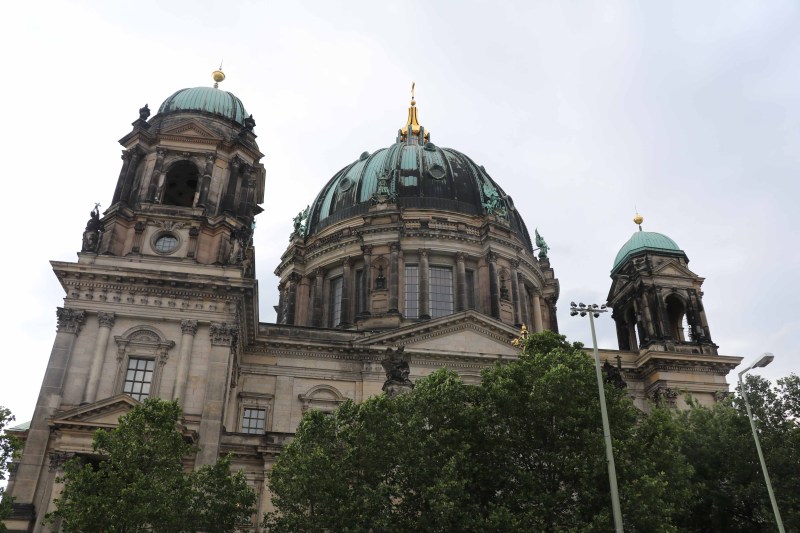 The Berliner dom is another landmark to admire enroute and then we begin walking on the museum island. I did not have the time to explore all the museums and the only thing I could do was to admire the exteriors of these buildings. 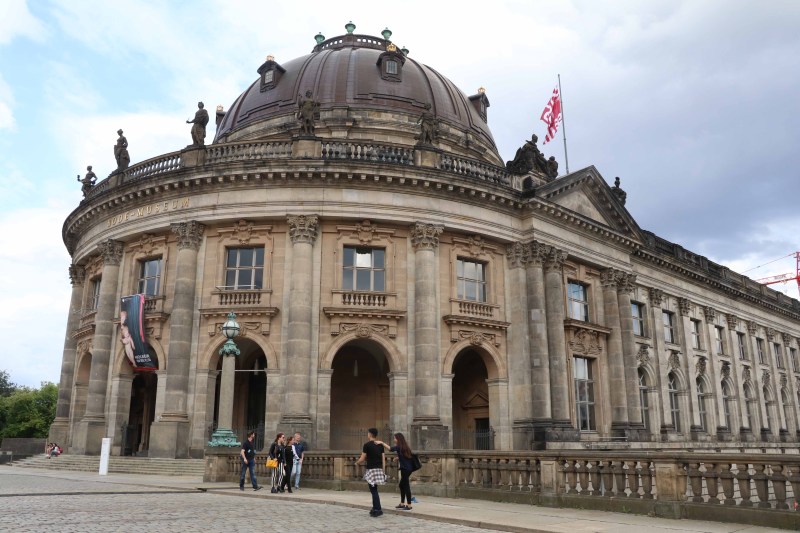 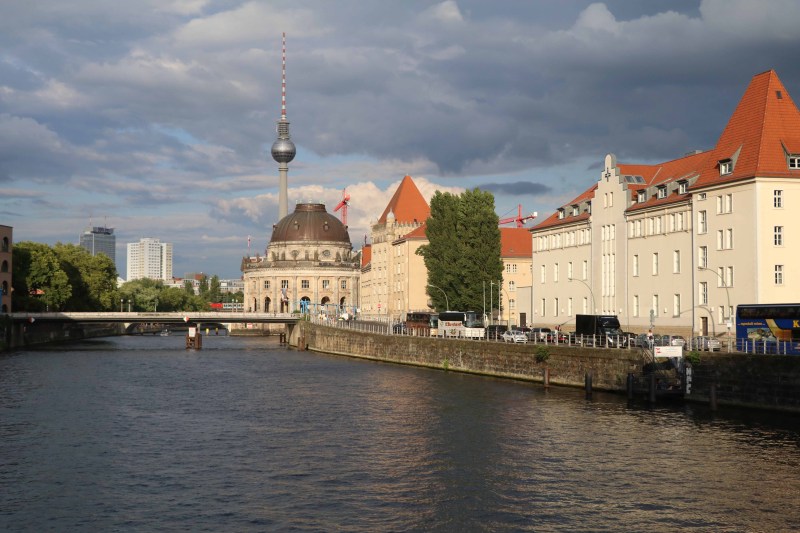 The modern Berlin blends well with the old city … there are so many stunning sculptures that decorate the facades of these medieval buildings … each a fine work of art. 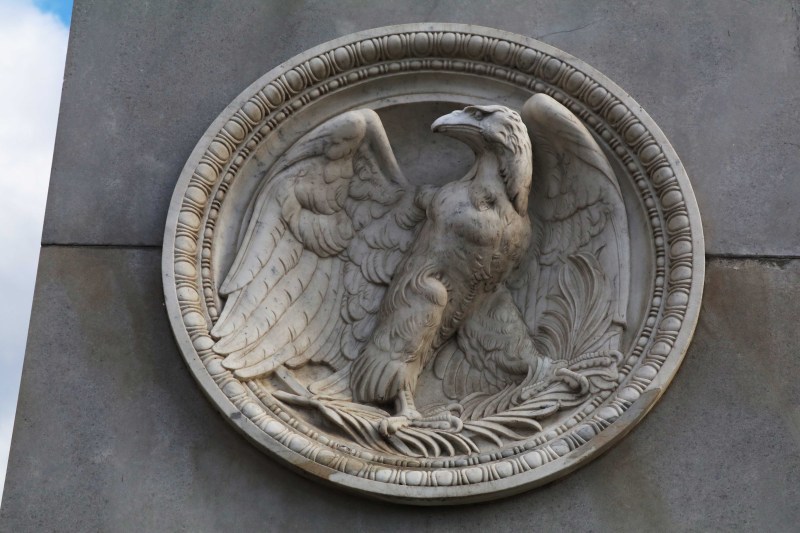 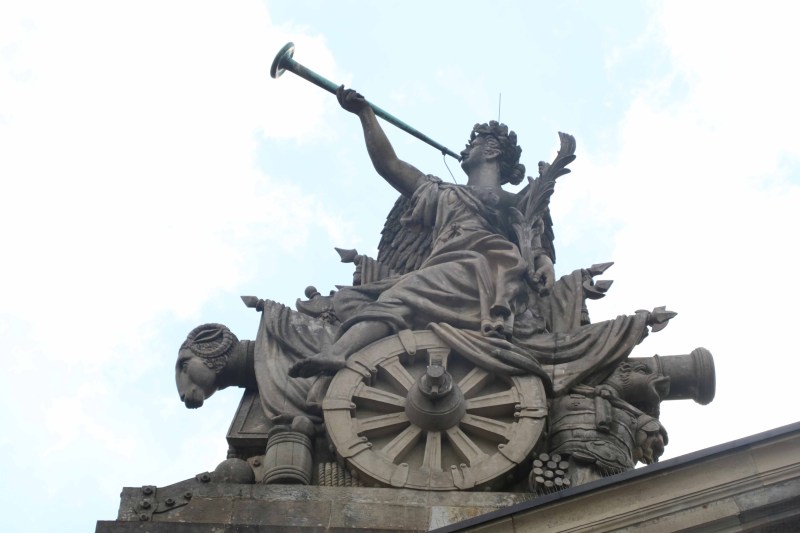 I was just a couple of hours away from the sunset and wanted to see the modernist housing complex …. but I was still struggling to spot the nearest location to the downtown district and figure which line to take. 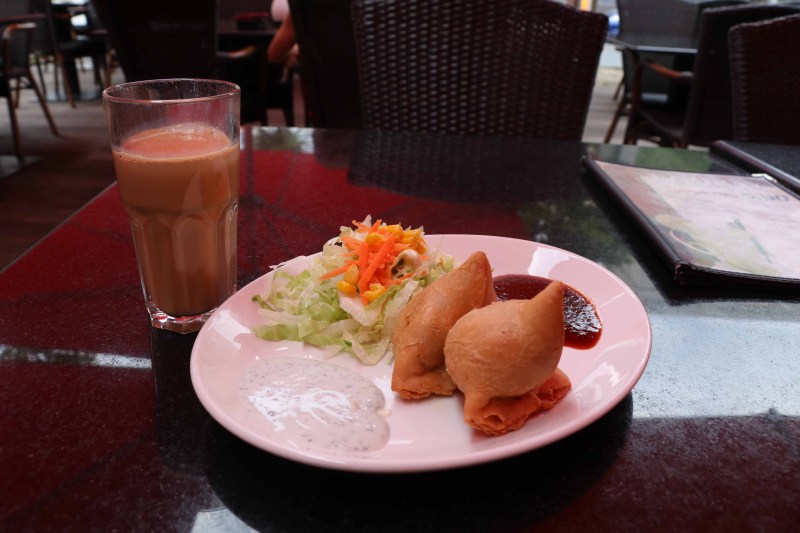 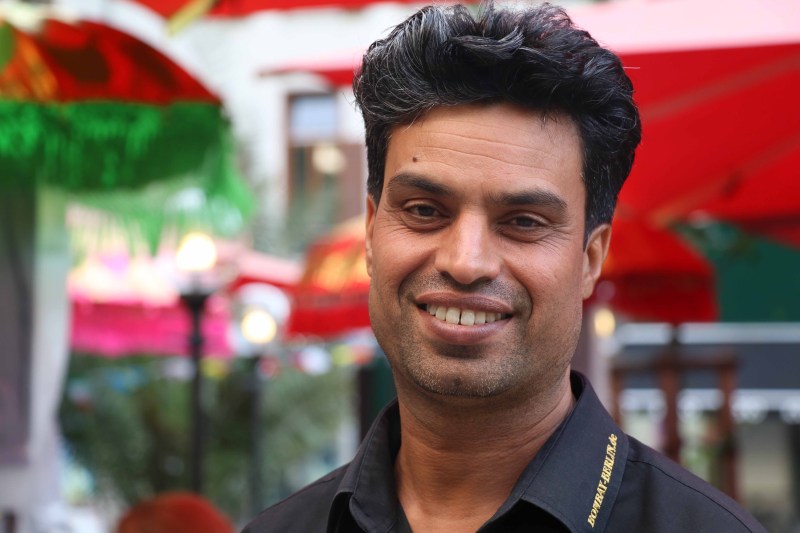 I was extremely hungry and I saw an Indian restaurant named Bombay! it was time for some Samosa and chai … for 5 euros I think … and some warm hospitality from Rizwan who comes from Karachi in Pakistan … a city he thinks – very similar to Mumbai.

I came to an area called Wedding … I was totally dependant on the google maps and was trying to locate another world heritage site – Schillerpark Siedlung … Berlin’s modernist housing complex design during the Weimar republic times in Bauhaus style by Bruno Taut. A low cost well designed township for the lower middle class … 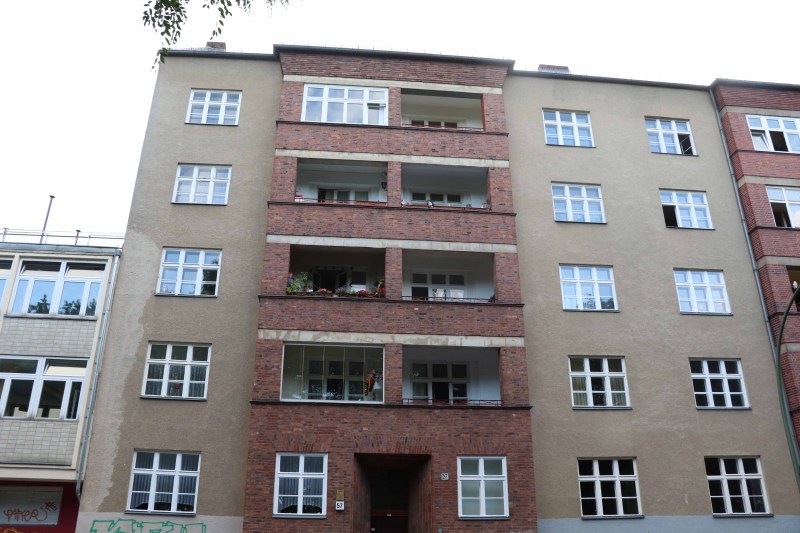 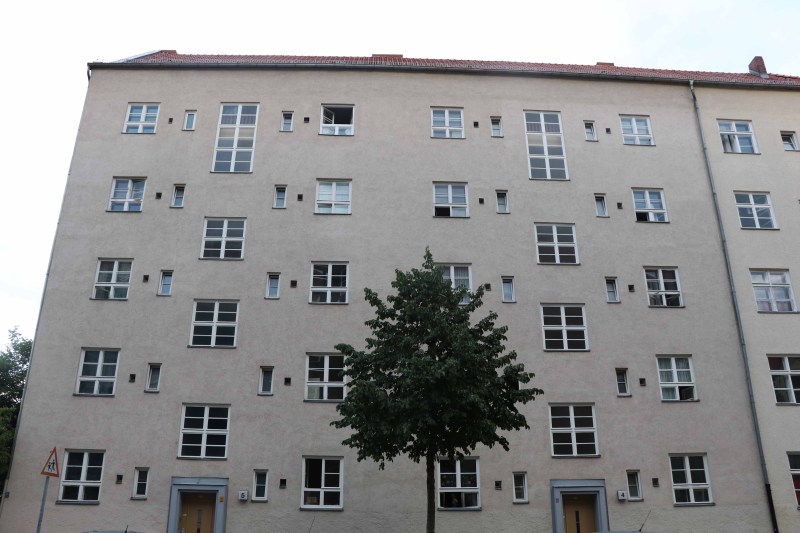 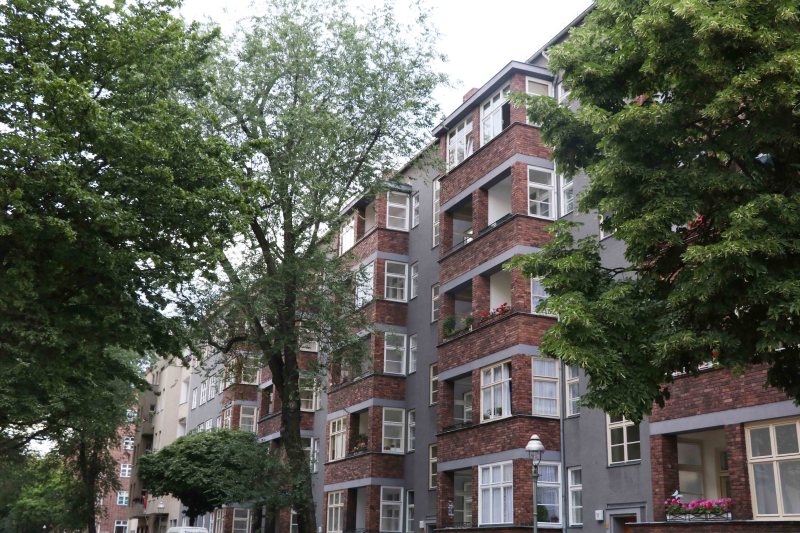 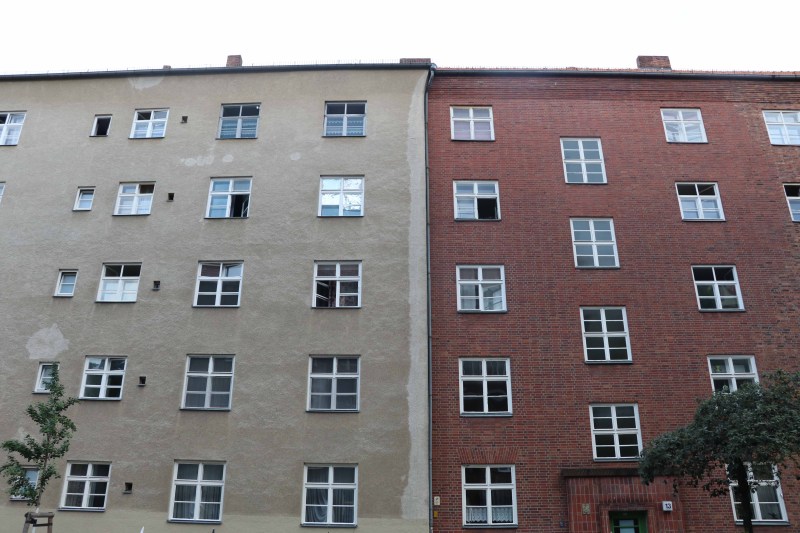 These buildings do not look ornate … but built in low cost … basis ergonomic specifications, with user centred approach … they looked graceful in their simplicity. Well next time I would love to see a home here from inside… There is so much to explore in just one life! next time I will take you to a beautiful German harbour city … Hamburg