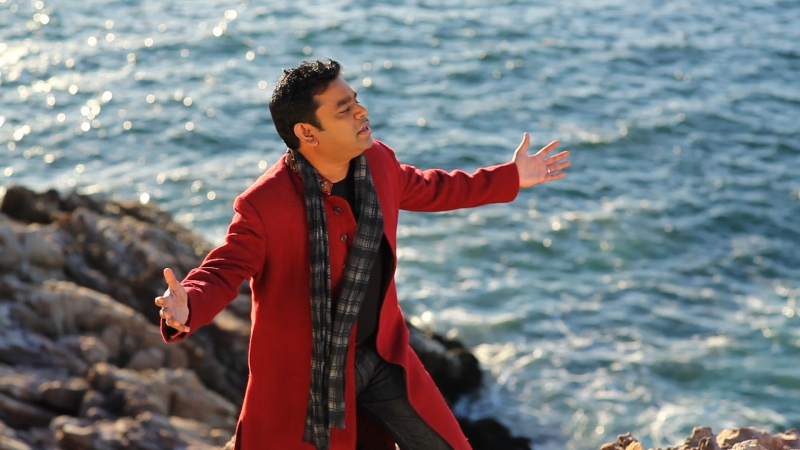 ARR is not the first music director I loved …. rather I was yet to like any music composer independently till he arrived. In my first post I did mention that I enjoyed listening to Maine Pyaar Kiya and Jo Jeeta Wohi Sikandar during that phase … I also had a compilation of some old hindi songs and Marathi Natya Sangeet … It would be fair to say that my dad played a big role in shaping my musical tastes … Its interesting to see how vehemently we differ from each other today when it comes to our musical choices …. But I have a very sharp ear for music and i can comfortably call myself a Kansen … Much of the credit goes to my dad … because not only he introduced me to some good music but being a sound engineer acoustics expert himself he introduced me to the science of sound …. He taught me how any song comprises a spectrum of sound frequencies … what are tones …. what are harmonics … Why a tabla sounds different from a Pakhwaj …. and I started listening to all sounds around me with that lens … and yes there is music in every sound …. nothing is noise according to me … with today’s softwares I am sure wizards like ARR and Salim Sulaiman can even create songs out of cacophony recorded in fish markets … In hindsight now I understand that I was looking for music that was fresh and enchanting in sound in that phase. 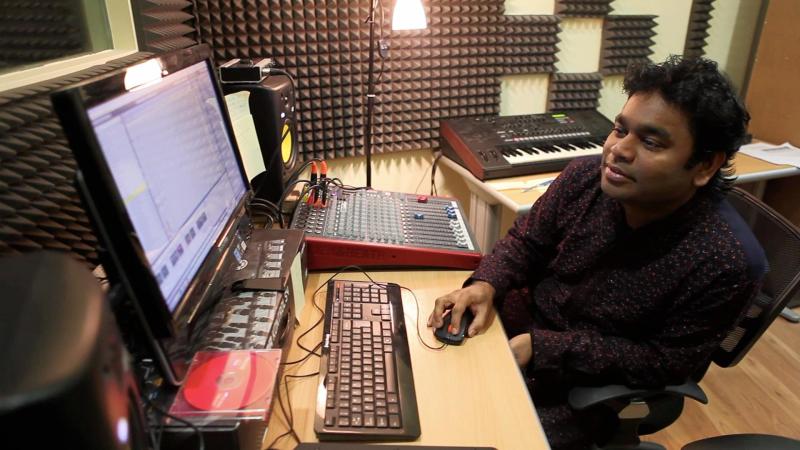 We say music is made of Sur (Melody) and Taal (Rhythm) …. But I think the third dimension Naad (Sound) is equally important too …. And that is the most natural approach to music …. afterall we as pre historic human beings were being exposed to a variety of sounds …..

When Roja became a hit …. I felt the sound of that track was really different …. and for next 7-8 years we called all ARR stuff Roja kind of music …. actually his music then was very very diverse …as diverse as it is today …. but in the industry he had set a different benchmark in sound quality …great production values and consistency of quality … One could easily identify an ARR track in those times …. And thats why we called him repetitive (not me!!!!)

I went to meet my composer friend Bunckim …. who is another avid Rahmaniac …. to discuss Rahman’s sound …. and then this discussion moved a bit away from the pure idea of sound …. We realized that though ARR’s music has a distinct production and sound excellence …. these are not standalone features of his music …. they are beautifully blended in his music just like all the masala tempering and vegetables get blended in hot aromatic sambar ….

ARR is not just a great composer ….. he is a great human being …. someone who has respect for music and musicians … someone who is extremely passionate and honest … and this purity of passion gives one a courage to break rules … He is a rebel …. a musical storm …. but he has a sense of purpose in breaking rules …. Though I am a great Rahman fan I must admit that many of his sound qualities we admire have come from the west …. they had to hit indian shores some day …. But ARR did not wait for that to happen …. He wanted his music to sound refined and he worked on that …. Having a great pillar of support like late H Sridhar also worked in his favour …. today we all know that Rahman sound is refined at the state of the art Pnachathan, A M Studios and abroad when needed …. but even when he had a limited budget his sound quality was par excellence ….

He broke some rules that were waiting to be broken …. kids started singing children’s choral pieces (not 30 year old shrill women imitating child voices) Though many have done this before ARR but it did not turn the tide …. Backing vocals were not a mandatory padding in the song any more … ARR used combination of human voices beautifully like characters in his songs …. Sujatha ji told me once …. “Singing chorus for Rahman is different …. one does not feel doing a less important job because the result shows that your rendering has given song a new feel” How magically has she hummed in Ennavale Adi ennavale ….. that song is a classic example of what this magician can do …. Whether Kadhalan or Alaipayuthey or VTV or Jodha Akbar …. he has blended human voices – acoustic music and sampled sounds so well together that we always get to hear harmonic homogeneous sound

He can use all the latest techno sounds along with some exotic acoustic instruments with amazing ease … Pachai Nirame is one apt example of this …. His songs usually cover a big spectrum of frequencies …. People tend to focus on bass while designing sound … But Rahman’s songs are more complete in that sense …. listen to Chinna Chinna Asai … Keith Peters has played very catchy bass guitar sequences in that song …. at the same time it has high pitched fillers, bell sounds, sounds somewhere in the mid range …. and the most exciting thing is each thing is sharp vivid and crystal clear … His music is HD Tv …. All the sounds he uses have a balanced presence and hence he is able to make the most of human ability to grasp big range of sound frequencies simultaneously …. listen to Hum hain is pal yahan from kisna …. how clearly you can hear and enjoy kick of the rhythm, cello pieces in harmony and the bass …. and all these three elements dont get smudged up …. probably thanks to Sridhar sir ….

He is a complete composer …. He composes melodies, arranges them and according to sound moguls like H Sridhar and Resul Pookutty he is himself a good sound engineer …. which means sound, orchestration and melody in his music go together …. they are composed and visualized in harmony …. unlike other composers who just make melodies and ask their arrangers and engineers to do the rest ….

Singers are big fans of ARR because all of them feel he gets the best out of their vocal qualities …. Minmini has mentioned once that when she was about to lose her voice ARR recorded a song with her … and though she did not have easy time recording it when the CD came out it sounded perfectly magical …. Every singer I have met says this … and I am sure all Rahmaniacs have felt this too …. He has the ability to sense the potential of so called imperfect voices and use them cleverly where the tonal quality of the singer gives the song a different character

Thankfully sound on the whole in the Indian music industry has improved a lot … you have vishal-shekhar, SEL, Pritam, Harris Jayaraj, Salim Sulaiman who have good sound in terms of good production value and tonal balance … the quality of programming and sound has gone up even in rising markets like the Marathi film industry …. Ajay-Atul combo would be a good example … But there is still a big difference between ARR sound and just good sound …for example Anjana Anjani songs have great sound … well finished … but ARR songs go a step beyond …. if you listen to Robot carefully and see the movie …. you would realise how the theme of this science fiction is also represented by the distinct techno sound used all through endhiran/robot …. and at the same time you have melodious Kadhal Anukkal with acoustic guitars … clap for pravin mani for super robotic Chitti Dance showcase too … Thats ARR sound for you …

Why go so complex ….Tabla has been used for ages in Indian films …. show me one example where other composers can match ARR’s tonal quality of the Tabla-Dugga sounds …..Never gets as punchy and clear as it sounds in an ARR song … with each bol of the instrument is sharp and as vivid as live … waiting for responses … Jai Ho